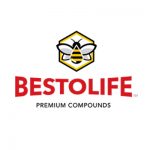 Get instant quotation on Bestolife products

About Bestolife Products In Dubai, UAE

BESTOLIFE Premium Compounds has been one of the top producers of Production, Drilling, and Industrial solutions.

BESTOLIFE offers a broad range of products that are lab-tested for high efficiency. All BESTOLIFE compounds are well-tested formulations suitable for production, industrial, and drilling purposes. Every single product is field-proven and possesses distinct qualities that make them useful for any type of project.

BESTOLIFE has been innovating new and diverse compounds to meet the ever-rising need of drilling compounds. The latest BESTOLIFE HONEY KOTE range of products is a lab-tested formulation that is proven to withstand the toughest drilling jobs. They are as effective and efficient in prolonging the drilling equipment’s life.

Triune offers premium quality products from BESTIOLIFE that are formulated and produced by following strict standards of quality. These formulations are tested and manufactured to satisfy every customer’s need and industry standards.

BESTOLIFE compounds are useful in various applications and are customized to meet specific requirements in the drilling industry. You can choose from various formulations and quantities based on your need.

You can easily find BESTOLIFE compounds at Triune based on the application. BESTOLIFE offers a collection of various compounds tailored for use in Oil and Gas Drilling Compounds, Oil and Gas Production compounds, Industrial compounds, Water Well compounds, and other miscellaneous products.

BESTOLIFE has formulated Bee-Lok which is a double component epoxy system that is effective in the prevention of joint loosening.

Triune is an authorized supplier of BESTOLIFE Oil & Gas compounds in Dubai – UAE, and worldwide. All our products have supreme quality so you can order with confidence.

We have shorts lead times and prompt responses for your ease of purchase. For bulk orders, we offer competitive prices for all BESTOLIFE compounds. You can choose consolidated shipping on the purchase of multiple products.